Skip to main content
Preserving the Past
History and Legacy

Michael “Mike” F. Gelardi was born in Norfolk, Virginia in 1932.  The son of Eduardo Gelardi and Mary Garcia Gelardi, he grew up in Ocean View in the home of his Pappy and Grandmother Rosa Garcia. Resources were few but love and resourcefulness were plentiful. Mike had an abundance of both, along with the grit and determination that growing up during The Great Depression had ingrained. When his uncles—Pete, Donnie, Manny, and Eddie—left home to fight in WWII, Mike helped out by getting his first job at age 12 as a tow truck driver.  By 15, he had enlisted in the Marine Corps Reserves and shipped off to Parris Island.

Mike was a unique blend of toughness and compassion who turned his eighth-grade education and skills as a master plumber into an innovative career as an expert builder and developer.  In doing so, he left a lasting imprint on our hearts, our community, and our Commonwealth. There was nothing he could not build and no challenge he could not conquer, contributing his skill and expertise to Oceanside Condominium, Princess Anne Plaza Shopping Center (Sam’s Club), Ocean Breeze Waterpark/Motor World, Pavilion Tower Hotel and Conference Center (now Doubletree Hotel), Oceana, a highly classified CIA base, launch pads at Cape Kennedy (now Cape Canaveral), Thalia Wayside, Sir Richard’s, and the original Frankie’s Place for Ribs as well as numerous residential communities such as LagoMar, Sunstream Park, Lake Placid and several in the process of being developed in Florida and in Virginia Beach and Chesapeake, Virginia.   to name just a few. No matter the size, uniqueness or scope of a project, Mike did what needed to be done, sometimes working through the night or setting up living quarters on a job site to make a final push to meet a deadline and complete a job to his particular standards.

Mike was a self-taught expert in many areas who loved learning and researched in-depth to get to the essence of any issue, adapting technology to his needs once his eyesight failed. He was appointed by two Virginia governors to share his expertise on state boards: the Department of Professional and Occupational Regulation and the Department of Housing and Community Development. Humble despite his many accomplishments, he generously and quietly helped people and causes, large and small, including overseeing the building of the Tidewater Veterans Memorial and renovations of the Star of the Sea Catholic Church and School.

As hard as he drove, Mike knew how to have fun too, and was always ready to lend a hand or sound advice or a strong shoulder to lean on. Even with the intense demands of the job, he never missed a dance recital, band performance or football game of his children and grandhildren, serving as a constant presence in the important moments of life. He loved his wife, Susan, and his family with all his heart, building a beautiful home and filling it with love, laughter, amazing food, and many incredible memories.

Mike was loved, respected, and cherished by so many and his legacy will endure at The Garcia Companies both in the many projects he directed and the principles of hard work, determination, and decency that he helped over the decades to instill. 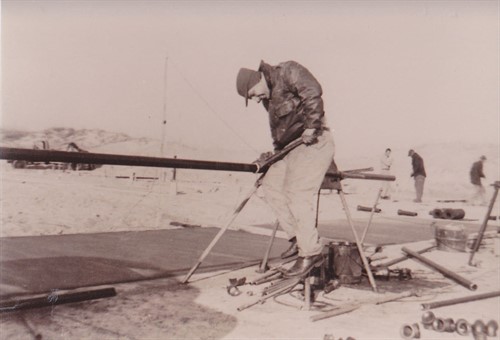 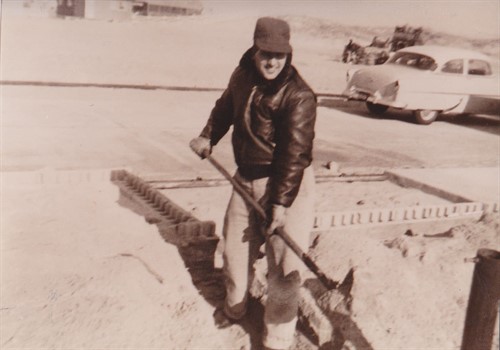