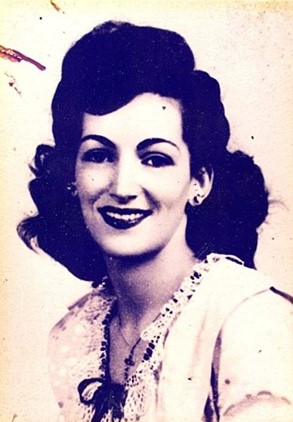 The mysteries of life continued to open up before me.  We were lovers and fighters in my family, and I was no exception. I fell in love at ten, fell hard, tripped right over my little tough guy image.  Joyce was in my fourth-grade class at John Marshall and lived across the street from me in a third-floor apartment.  She was an only child, protected and dainty in pretty pleated dresses.  With so little to offer, I hoped for a reason to beat someone up on her behalf and maybe make a big impression.  That never happened, but I couldn’t believe my luck when my family moved into her building, one floor down.  I watched Joyce come and go, pined after her, was as in love as a child could be.

I tried to hide my feelings.  It didn’t work.  My sister, Anna, recognized the look.  “Joyce is so adorable,” Anna said.  “Why don’t you take her to the show?”

My sister took me on as a personal project.  She taught me the correct way to hold a girl’s arm, walk on the outside of the sidewalk, and treat her right.  Properly trained, I asked Joyce to go with me to the Visulite Theatre on Colonial Avenue.  She said yes!  When the Saturday afternoon finally arrived, I pranced down the street with Joyce on my arm.  I looked like Little Lord Fauntleroy with my white pants and shirt with matching buttons.  Sissy clothes that my mother had to scramble to put together, but perfect for my first date.  Our neighbors watched from their porches, and kids nodded in the street as we passed. I worried one of them would mouth off and I’d get my clothes dirty in a fight on the way, but no one made a sound.

At the theater, I bought two tickets to the newly released A Tale of Two Cities and some penny candy with my hard-earned change.  We drank water from the fountain.  When they dimmed the lights, I sat as close as I could with an arm around Joyce’s shoulder and her soft hand in mine.  The next day, Joyce followed me into the coat closet at school and kissed me square on the mouth.  After that, I snuck stolen moments with her as often as I could.  This too was an adventure, a whole new world that I’d never considered before.

In love and inspired, I tried out for the school play.  It was set in England—with royalty and knights.  The advisor picked me to play King Arthur.  Mama swelled with pride when I told her.  My sisters even took over some of my chores to give me more time to rehearse.  The whole family planned to come and watch.

One afternoon while I practiced my lines on stage, a teacher entered the auditorium and pulled my advisor aside.  Their hushed conversation carried in the empty space.  “This is an English play,” the teacher said.  “We’re going to have a lot of parents here.  We can’t have a kid with patched up shoes and a name like Garcia playing King Arthur.”

“I’m not telling him that,” my advisor said.  “He’s already been given the part.”

“I’ll tell him then.”  The teacher’s shoes echoed as she walked across the wooden planks.  “Excuse me, young man.”  She motioned me toward her.  “I need your help.”  I followed her to the side of the stage.  “We have a problem here.”  She grabbed hold of a thick rope.   “You look like a strong boy.  Can you pull that rope and close that curtain?

“Yes, Ma’am.”  I jumped and pulled the curtain closed.

“That’s great,” she said and proceeded to tell the advisor that I’d be needed for curtain duty.  I was dethroned without the raise of a fist.

On opening night, I played curtain puller instead of king.  It hurt like hell, but the pain came, and the pain left, and I knew somehow that I had to rise above it.  I also knew with the clarity of a child that people needed to be more cautious with each other’s hearts.

Before long, I got another shot at ruling.  The kids elected me president in Civics class.  I’d convene meetings, ask for new business and old.  The teacher would intercede as needed and help us along.  I took the role seriously and tried to be as resourceful as I could be.  It wasn’t a whole lot, but I felt as if I accomplished something.  It was play-acting, but it was more than that too, an understanding that I could take charge and get the whole group to go where we needed.

The teacher taught us about bills and procedure.

I learned that if I was willing to lead, others were willing to follow.