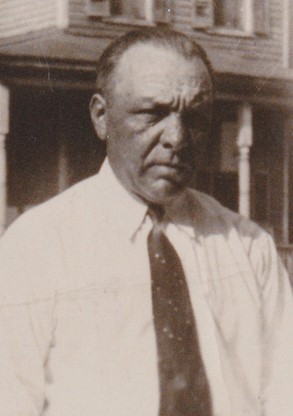 Pride may have gotten the best of me.  I’m not sure why, but for some reason, I started yearning to leave St. Mary’s and attend Sacred Heart with all the little in-between rich kids.  Not filthy rich mind you, just wealthy enough to set them apart.  But it wasn’t their money that appealed to me; it was their uniforms.  If I went to Sacred Heart, I’d have to wear one.  All the students did.

I loved uniforms as a child.  Still do.  I even joined the drum and bugle core to get to wear one.  I’d practice playing instruments at the Veteran’s home with my friends, and on parade days, we could go out there in our little uniforms with borrowed bugles and march right down through the center of town.  I always felt bigger dressed in a uniform, more like the “nice” kids who lived on the other side of town.  Nice was the word we used in those days for someone who had money.  Funny, how times have changed.

I wanted to wear a uniform to school real bad.  When I was about nine years old, Mr. Gelardi, my sister Mary’s husband, who thought that military school would be an even better option than Sacred Heart, took me to see the Monsignor.  The Monsignor was stern and intimidating, dressed head-to-toe in black religious garb.  Mr. Gelardi, dressed in his best suit and tie, held his own as he tried to convince the Monsignor that the church should pay to send me to military school based on my academic potential.  He was an articulate supporter, but the Monsignor was not as impressed with my potential.  He denied military school funding, but must have seen some glimmer of hope and agreed to accept me on a full scholarship at Sacred Heart instead.  I rushed home after the meeting thinking of little else than the fine uniform I would get to wear.

Mama was so proud when we told her the news—her youngest son going to Sacred Heart!  I transferred right in the middle of third grade, and Mama’s face beamed with pride as she sent me off that first day.  I was excited too, but the excitement didn’t take long to wear off.

I attended school each day in a patched-together shirt, tie, and sweater, a shabbier version of the wealthier kids surrounding me in the room.  One day in early spring, not long after transferring, the afternoon sun warmed the little room to a stifling heat.  “All right children,” the nun said as she surveyed her squirming students, “we’re going to take off our sweaters and open the windows.”  Every boy in the room took off his sweater except me.  I sat perfectly still, hoping that my teacher would not notice.  She did.

The nun looked directly at me and narrowed her eyes.  “I said,” she repeated, emphasizing each word, “that we are going to take off our sweaters now.”

“I’m not hot,” I replied, sweat beading on my temples.  “I’d like to keep my sweater on.”  There was muted laughter from the other boys in the room.

“You will take off your sweater when I tell you to take it off,” the sister demanded, her voice rising in unison with her eyebrows.

I looked at her for a moment in silence and then turned and gazed around the room.  Everyone was watching, waiting to see if I was going to challenge the nun any further.  Slowly I stood next to my desk at the front of the room, turned to face the class and removed my sweater.  As I exposed the multi-colored buttons and ragged sleeves of my shirt, I experienced a small and momentous moment of truth.  Shame first and then a thrill.  I could no longer hide behind my uniform.  Every kid in that class could look at me and tell how poor I was.  The nun’s demeanor changed as soon as she saw my shirt.  She told me I could put my sweater back on.  I knew she was embarrassed, but now that I had been forced into this public display, I felt kind of proud.

I hadn’t wanted these rich kids to see how poor I was, but now that they had, my ragged sleeves felt like a badge of honor.  I draped my sweater over the back of my chair and sat down.  The nun started to say something, hesitated and returned instead to our lesson.

I can’t remember what she taught that day, but I have never forgotten what I learned.  I had to have humility to be poor and live through the Depression.  For a while as I paraded through the halls of Sacred Heart, hiding behind that uniform, I forgot what it was like to be humble.  The nun did me an unintended favor that warm spring day.  She reminded me who I was and taught me that tattered humility fits better than false pride.

What I had learned at Sacred Heart had little to do with books and lessons.  I learned to watch the people around me.  More importantly, I learned to be myself.  I disliked being surrounded by sissy, protected kids.  No one there was tough like my friends from the neighborhood.  No one was free to hang out in the streets after school and do the things that they wanted.  I wanted to go back to where I came from, where kids just knew how to live.  By the end of third grade, I was more than ready to transfer back home to public school.

Still I’m grateful for my stint at Sacred Heart.  It taught me early the value of holding true to myself, and I realized that all learning wasn’t book learning.  Paying close attention to other people proved to be the greatest education of all.