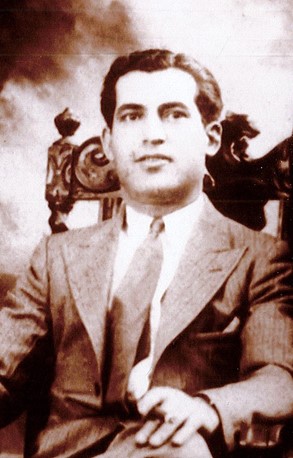 I’m told a fight broke out at my baptism—relatives settling some minor family dispute. From the beginning, I was anointed in battle, bred to be a survivor.  My mother’s faith and father’s toughness twisted inside me, playing out in one wild ride of a life.

Growing up, I learned religion tempered with the toughness of the streets.  I never understood the idea that the poor would inherit the earth because I figured that we were all just passing through.  It seemed to me that God blessed the people who were kind and loving and open, the ones who made the most of life while they were here.

I learned so much about life and how to live it from my daddy.  He was smart, street smart, and in his own rough and dramatic way, he taught me how to live.  He had a broader perspective about people than anyone else I knew.  Sailing completely around the world three times as a young man, he was molded by a combination of cultures and experiences that opened wide his mind.  When I was in grammar school, we would sit at the kitchen table at night sharing boiled coffee and stale bread while he entertained and amazed me with stories from his teenage years as a coal passer with the merchant marine.

Papa loved to tell me about people from different cultures or religions, explaining in his rough broken English how they dressed, what they wore, and how they acted.  He was particularly fond of Asian cultures, and he wasn’t too proud to admit that other people may have better ideas or ways of handling a situation than we did.  At a time when it wasn’t uncommon for people to make fun of a person from China, Papa said that the fools who did so were making a big mistake.  He always had an open mind and the courage to view the world differently from everyone else.

While I loved to hear about other places, it was my daddy’s vision for the future that captured my attention most.  I remember one night in particular, sitting on the porch under the light of a very large moon.  “I don’t know if you’ll see it or if your grandchildren will see it,” he said, “but one day people will travel to that moon and look down on us at night.”  Papa also believed that submarines would be able to go underwater and stay for months and months at a time.  Submarines existed at the time, but they surfaced each night to recharge their batteries.  My father made many wild predictions during those evenings of my youth.  These are only a few that I was fortunate to live to see come true.

I cherished those nights with my father.  As much as I enjoyed school and being out in the street with my friends, it is those evenings sitting alone with Papa, my mind reaching outward and upward that meant so much to me.  Whether it was seeing out into space or down into the depths of the oceans, my daddy had a bigger perspective on life than most, teaching me to see value and opportunities where others failed to look.

But as open as my daddy was to other cultures and new ideas, he was just as closed and firm about his principles.  In some ways, principles were more important to him than anything, and he lived by a code all his own. It’s hard to describe how he could be so open in one way and so rigid in another.   As I grew older, I thought that maybe he was trying to prove something to himself with his strong code of ethics.  He let his principles rule everything, making life harder than it had to be.

Papa was tough in the truest sense of the word, not big or mean, just tough.  If he felt that you had wronged him, he just would not back down.  Not for anything.  Even knowing that he would lose, if you insulted him or his family, he would come after you and not stop.  You never wanted to cross him or act cocky in any sort of way.  Once my daddy was angry, there was no beating him.  No matter how big or how tough you were, he would just keep coming until he was certain you weren’t going to mess with him again.

Still, he embraced life and the full range of emotions.  He hugged people and cared about them and openly displayed affection.  He’d cry at a movie and openly grieve a death.  “It’s okay for men to cry,” he said at a time when men weren’t known for their tears.  “It’s good to feel life.  Everyone should have love and compassion.”

My daddy did have compassion, loads of it.  It just came with a jagged edge. “Edward,” he told me, “if you have a coat and see a man freezing to death in the street, you take that coat and cover him.” I thought of the desperate faces of men shivering on the sidewalk. “But if that same man tries to take your coat,” he added, eyes cold as steel, “you kill him.”

My daddy could be calm and cool one minute and out of control the next.  In a fit of rage, he’d bite a chunk right out of a glass or flip over a wooden chair and chomp a hunk of wood from its leg.  Sometimes he’d bite his hand until it bled to keep from lashing out.  It was awesome to see Papa like that, in those moments of rage when he possessed the strength of ten men.  Thank heaven for my mother.  She tempered him, drew him out.

Underneath it all, my father was a lover as well as a fighter, iron fists with a velvet touch.  Where Mama was kind no matter what the situation, my daddy was kind but firm.  He’d smile and then knock you back if you dared to cross him.

“Calm down,” Mama would say.  “The meek shall inherit the earth.”

“If you’re weak,” my daddy would reply, “people will shit all over you.”

What was a kid to do with a legacy like that?